How to Fix the ‘’Blue Screen of Death’’ Error 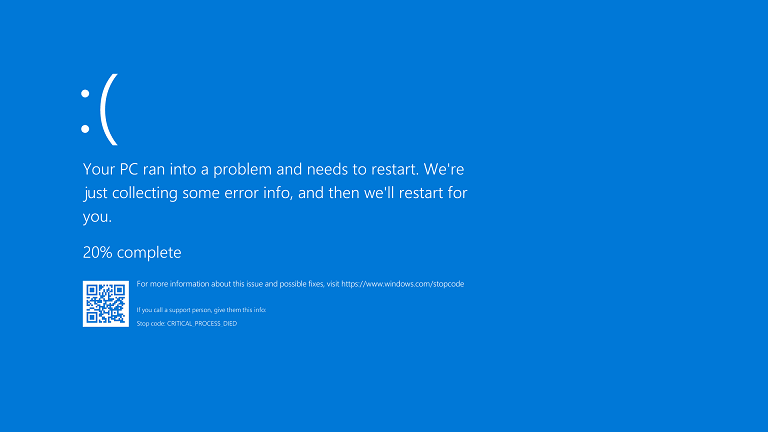 There’s a lot of dread inspired by the big, bad BSoD, but most people don’t even know what it is. It is what is called a “Stop” error: an error that brings the system to a halt. Sometimes, stop errors will only affect a single program. But, this being a system-wide error, your whole system shuts down. At the end of the day, the Blue Screen of Death is nothing more than a big, flashy error message, albeit a fairly serious one.

First off, there are worse things than the Blue Screen of Death, because unlike some other errors, the screen will often give you information on exactly what went wrong, if not the whole story. At the least, the screen should give you either an error code, or it should tell you which file is responsible for the crash.

If you’re lucky, the screen will tell you which file caused the crash, and it will be a file that you recognize. Chances are, the file will be the last one you ran before your computer crashed. If you can locate this program, your first step should be to look up common problems with the program. You should also make sure that your computer has the right hardware to be running this program. One common cause of the Blue Screen of Death is trying to run a program on a computer that isn’t powerful enough.

Next, you’ll need to update the software in question and, if that doesn’t work, uninstall it and reinstall it, through the Programs and Features window in the Control Panel.

Sometimes, though, the file that actually caused the system error isn’t the file responsible, but is rather the last in a line. It’s a lot like a line of dominos: the final domino may fall, but it didn’t fall over on its own.

Without an intimate knowledge of your computer, it would be impractical to track down the exact cause of the error. Rather, you can take some broader approaches that will more often than not solve the problem, even if you don’t ever figure out what it is.

Update Windows, and make sure that all your drivers have been upgraded and properly installed. Run an anti-virus program, and anti-spyware program, and a registry cleaner. These three programs should be run regularly to keep your computer healthy, regardless of whether or not you’re experiencing a problem.