How to Fix Rundll Errors 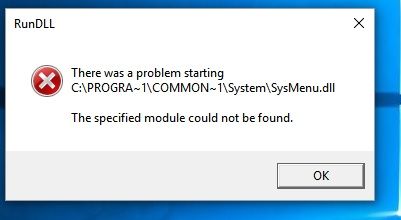 There’s no such thing as a welcome computer error, but a RunDLL error can be especially alarming. Unfortunately, most people don’t even know what RunDLL is, never mind how to fix it.

For a start, you should restart your computer. While “Turn it off and then on again” may seem like a silly cliché, the fact is that it fixes 90% of computer problems. Modern computers are actually fairly sturdy things, and it’s rare that a computer will suddenly encounter a major hardware failure. Usually, the simple restart will wipe the problem away.

Your next move is to run an anti-virus program, as well as a registry cleaner. These two different programs form the core of your computer’s self-repair capabilities. Anti-spyware programs find any so-called “Malware,” programs that will attempt to do damage to your computer, steal private information, and other undesirable things. Computer viruses and spyware will often interfere with the regular operation of your system.

A registry cleaner, on the other hand, is a program that repairs errors that, one way or another, find their way into the heart of your system: the registry. The registry holds some very fundamental information about your computer, the kind of fundamental information that can bring down your entire system if something happens to it. Registry cleaners will take out superfluous data, fix errors, and, overall, clear out any problems.

You should also check for any Windows updates. RunDLL is, after all, a Windows program, so an out-of-date version can be the cause of any number of problems.

Next, figure out exactly what you were doing when the error appeared. If the error mentioned a specific program, then chances are that program is where you need to start. However, errors may sometimes happen when you have made any sudden changes to your computer, like changing settings or installing a new piece of hardware. If possible, try to get the error to appear again, just so you can be sure that you know what the problem is.

Locate the particular programs that are causing you trouble. It could be that the DLL files associated with the program are experiencing some kind of error. The easiest fix for this is to uninstall the entire program and reinstall it. While this may seem like throwing the baby out with the bathwater, computer programs aren’t really meant to be “repaired,” considering any repair would take more time than just reinstalling it.

If all else fails, try a System Restore. System Restore is a helpful Windows feature that lets you turn back the clock on your computer. It will restore your system to an earlier time. Run the System Restore utility, and select a restore point before the RunDLL errors started.