Free Software: Does It Do More Harm Than Good? 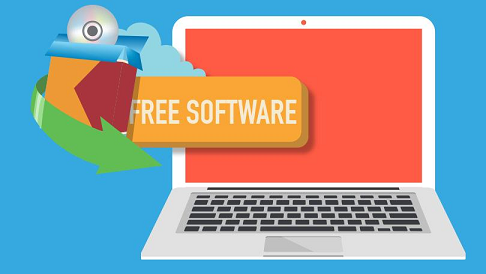 As the saying goes, there’s no such thing as a free lunch. Everything has a cost, and that cost may not be what you think it is. We know to keep an eye out for suspiciously cheap products in general. For example, no one who bought a car for $75 could reasonably expect it to work well, if at all. But with computers, real-world logic doesn’t always seem to cross over. In the case of buyer beware, however, the rules are the same online marketplace as they are for the offline marketplace: “Free” always comes at a cost, whether you know it or not.

While there are, of course, many useful and legitimate free software options out there, this is often not the case. There are a few reasons for this, but the biggest one is just economics. Software doesn’t appear out of thin air, and even the smallest piece of workable software—a calculator program, for instance—requires a lot of hours to produce. So if a company is pouring resources into something, that raises a big question: what are they getting in return? And, more to the point, what are you giving them?

For much of the time, what they’re getting in return is advertising revenue from banner ads built into the program. While not necessarily harmful, built-in ads are intrusive and distracting, and, depending on the ads, unprofessional. In addition, most people have enough advertisements in the rest of their lives without embedding them inside their windows.

There are also more insidious problems that free software can bring into your life. Free software is often bundled with malware. Malware—literally “bad software”—is a broad term, and refers to two different types of general categories: viruses, and spyware. The line between these two categories can be a bit fuzzy. Viruses tend to cause near-immediate damage to your computer, or will at least force a reinstallation. Spyware will usually cause zero immediate damage to your computer; in fact, it will try its hardest to stay out of sight and out of mind. The lifecycle of a spyware program is more like that of a parasite: it hides, all the while draining resources from its host. In this case, your computer is the host, and the resources being drained are personal data about you, from your buying habits to credit card and social security numbers.

There are also some un-intentional problems that free software can cause. Even an honest program can still cause conflicts, crashes, and, worst of all, data loss. Some free software just isn’t designed to work properly with other programs.

In short, free software can be a bit of a gamble, and almost certainly come with something you don’t necessarily want on either your personal or your business computer. While there are some very expensive programs out there, for the most part, the cost of name-brand software is outweighed by the hidden costs associated with freeware.